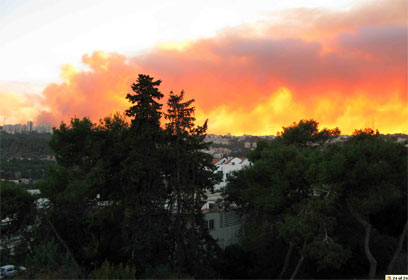 Israel needs your help. The worst fire in the nation’s history erupted yesterday from the forests of the Carmel in Haifa.

International aid from Britain, Bulgaria, Cyprus, and Greece was offered almost immediately to help quench the flames as Israel’s resources were quickly depleted.

Here’s How You Can Help

Here’s how your donations can help- and keep in mind here how many of our physical resources were lost in the fire and that Israeli firefighting sources will need extensive funds to recuperate from the loss of equipment:

The JNF has also organized an international conference call on Friday, December 3rd for 12:00 EST with CEO Russell Robinson and several of their chief executive officers, as well as Shimon Romach, Chief of the Israel Firefighters, and Tim Tidewell, US Chief of the Forest Service. Click here to register and log-in information will be sent to you.